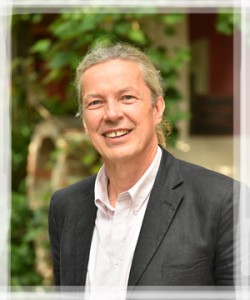 Otto Kauf was born in Vienna in the summer of 1958 to a Civil Engineer father and a book-keeping mother. In addition to his early grasp of technical concepts, he was instilled with entrepreneurial mindset influenced by his Mother. Even as a young school boy his diligence and acumen allowed him to finance his own interests. These qualities remained as his ideas and aspirations grew matched only by the high esteem he his held in.

During his time as a student, he was instrumental in organizing the first Summer Ball at the Palais Auersperg, long before the Viennese Summer Ball became an annual tradition.
Travels abroad provided inspiration and new ideas for his passion of home design, achieving not only an award for his design at the Seville Expo but also international recognition of professors in the same field.

Otto’s all round skills increased further during the beginning of his professional life, whilst working his way up the ranks for a large Electronics company until he was responsible for corporate culture and restructuring of the entire regional section of the company. During this time, he continued developing his architectural skills and understanding of design concepts.

A restructure at the electronics company opened the door to independence and the opportunity to change his passion for architecture and design into his career. In 1998, he founded FLAIR Bauträger GmbH.
Otto Kaufs mastery, creativity and understanding of personal requirements and preferences for home owners is disputed and evidenced by the speed in which residences are sold after completion and the fantastic quality of life for FLAIR homeowners.

His reputation, travel and relationships with those both in and out of his field have led him to a co-found a consortium of companies in the same sector,  such as FLAIR Upland GmbH. FLAIR Uplands utilizes concepts and the know-how of FLAIR Bauträger GmbH and its many successful development projects and makes them available to customers.

Ing. Mag. Kauf is distinguished personally by the same values that are also found in his business: respect for others, tolerance and recognitions of different cultures and religions.
He supports numerous relief organizations around the world.

This website uses cookies to improve your experience while you navigate through the website. Out of these, the cookies that are categorized as necessary are stored on your browser as they are essential for the working of basic functionalities of the website. We also use third-party cookies that help us analyze and understand how you use this website. These cookies will be stored in your browser only with your consent. You also have the option to opt-out of these cookies. But opting out of some of these cookies may affect your browsing experience.
Necessary immer aktiv
Necessary cookies are absolutely essential for the website to function properly. This category only includes cookies that ensures basic functionalities and security features of the website. These cookies do not store any personal information.
Non-necessary
Any cookies that may not be particularly necessary for the website to function and is used specifically to collect user personal data via analytics, ads, other embedded contents are termed as non-necessary cookies. It is mandatory to procure user consent prior to running these cookies on your website.
SPEICHERN & AKZEPTIEREN